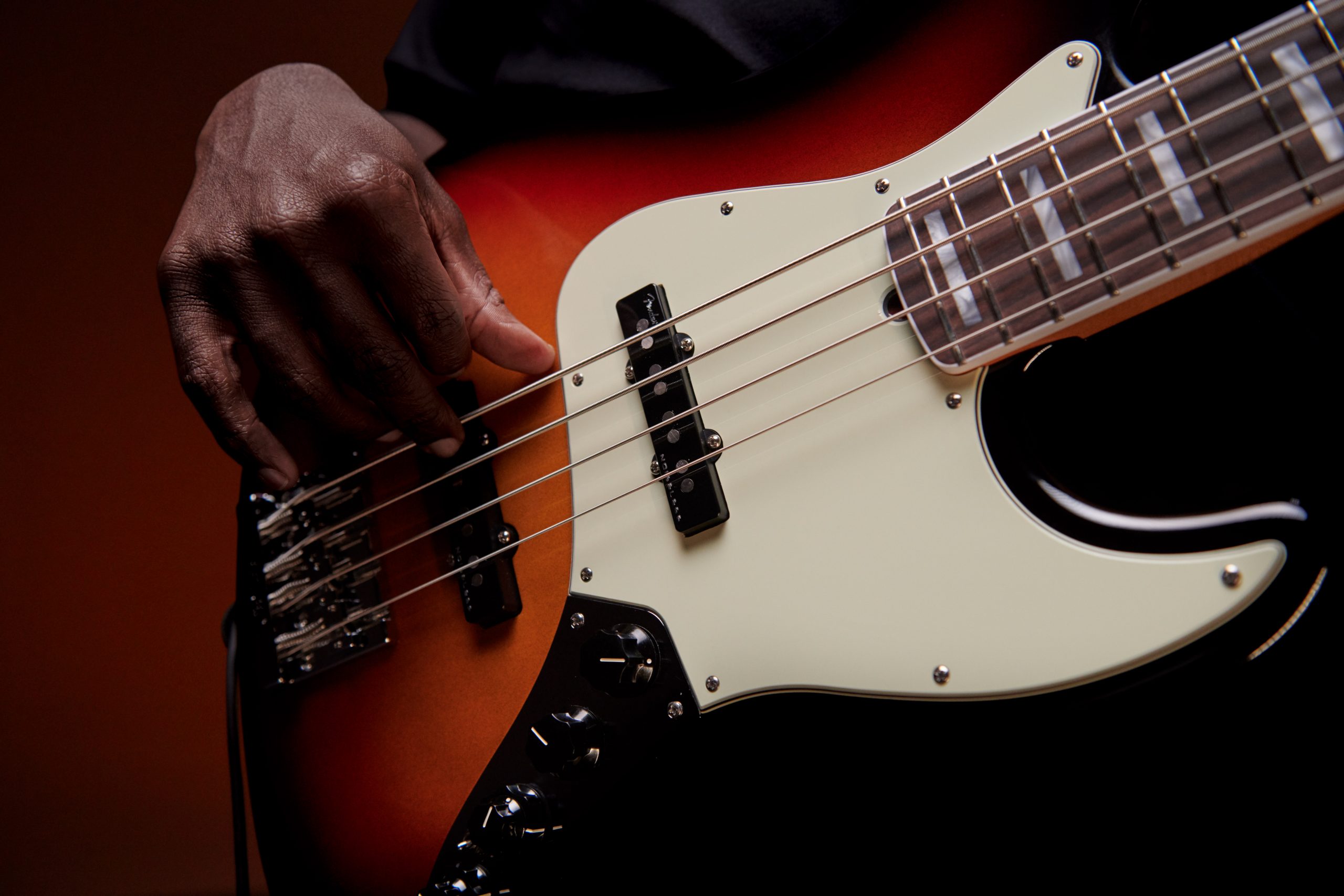 Whatever the genre, bass is an instrument that is generally always there. From swing to metal a bassist’s job is to hold up the low-end in the mix and keep the band playing in a tight rhythmic pattern.

If you’re new to the world of the bass guitar we’ve put a few pointers together to help get you started.

Difference Between Bass and Guitar

The simplest difference between guitar and bass guitar is the pitch range of the instruments. Bass guitar plays notes an octave lower than a regular guitar. Think of the song ‘Another One Bites the Dust’ by Queen, the first few notes you hear are the sound of the bass guitar.

Basses come in many shapes and sizes, but usually they’re a larger, longer version of an electric guitar with either four, five or six thick strings.

Anatomy of a Bass Guitar

At the end of a neck, you’ll find a headstock. The headstock is the bit at the end of the bass where all the strings end. It is home to the bits you use to tune your guitar, which are called…

These are the bits that you twist to tune your bass. The flat, ‘key’ part is attached to a peg, on which the string is wound. Tightening it or loosening it changes the tension in the strings and changes the pitch as a result.

Aside from the body, the neck is a major component of a bass. This is the long thin bit that you grip with your left hand (or right if you’re left-handed), so that you can press down the strings when playing.

Bass necks are an interesting subject as there’s nothing more subjective on a bass. It’s all about the feel that you prefer. While some will like the wider 70’s Jazz Bass style necks others may instead want to go for the thinner neck of an Ibanez.

Bass necks can be made out of any of a large number of woods each of which will produce a different feel and tone. The most common design is to have a Maple neck reinforced with either Walnut or Bubinga with either a Maple, Rosewood or Ebony fingerboard. The only way to find the right neck for you is to get your hands on as many basses as possible until you find the right kind of shape.

Frets are the raised bits of wire the run across the fingerboard’s width. In essence, they enable strings to be ‘shortened’ by pressing it down behind them, but to lengths that correspond to exact half notes.

This means that the player does not have to find the exact spot of a note when playing, as with fretless instruments such as a double bass.

These are fixtures so that you can attach a strap to your instrument.

Sometimes known as a scratch plate, the pickguard is a piece of plastic that protects the strumming area on a guitar. On a bass guitar, these are generally more for decoration than on an electric guitar as a bassist is less likely to strum their instrument.

Pickups are the bit on a bass guitar that ‘hears’ the strings vibrating, so that they can be amplified. The neck pickup is generally a warmer sound, while the bridge pickup is a brighter sound. Many players will use a blend of each of the pickups to create the right tone for them. Don’t be scared to experiment with tone.

The bridge on a bass is the bit that supports the strings as they travel over the guitar body. It functions as the component that transfers the vibrations of the strings into the body.

On many electric basses, the height of the bridge can be adjusted, which in turn, changes the distance between the strings and the fingerboard- known as the playing action.

These are the knobs on a bass guitar body, usually close to the pickups. Wiring configurations can vary (sometimes individual pickups will have separate controls, sometimes not, for example), but put simply, volume knobs control the level of signal coming from the pickups, and tone controls adjust how bright that signal is.

This is the socket that you plug a guitar lead into (also known as a jack cable).

The most common type of bass is a four string bass, although there are five string and six string varieties out there.

If you’re playing a standard bass guitar, you will notice that your bass has only 4 strings. The standard tuning for a 4 string bass is E-A-D-G (the same as the four lowest strings on the guitar but one octave lower). The bass strings are tuned in fourths.

Five string basses can be tuned adding an extra low string B-E-A-D-G or by adding a high string E-A-D-G-C. Unlike the guitar which has most of its strings tuned in 4ths and one string tuned to a 3rd, bass tuning is generally done in all 4ths.

If you really want to expand your tonal range, try a 6-string bass. 6-string basses add both an extra low string and an extra high string:  B-E-A-D-G-C.

Unlike most electric guitars, with a bass you can have an active preamp (volume, eq section) without having to use active pickups.

This means you have a wealth of different options available to you including some active systems, some passive and others that mix together for the best of both worlds.

With an active EQ the only limitation is how many controls are there. All active systems will be slightly different, but most will contain at least 1 volume control, treble boost/cut, bass boost/cut and if you have multiple pickups either a blend control or a second volume pot. Active electronics give you much more control over your sound from your guitar allowing you to not only cut but boost frequencies without having to touch your amplifier. This is great if you like to change sounds often and don’t want to fiddle with the amp. Active electronics do require a battery to run (normally 9v) which will need to be changed out every few months to a year. And if you leave the bass plugged in, you’ll drain the battery.

Although not strictly a preamp when it is passive the circuitry in the guitar would act much like any other guitar you may have seen. Normally you would have at least 1 volume control and 1 tone control as well as possibly a blend control or second volume if you have multiple pickups. This system lacks control when compared to an active circuit, but it does affect the tone. A lot of bassists prefer a passive system for a more natural rounded tone that works better for jazz, blues and other similar styles.

Throughout this we have looked at what make a bass what it is, and hopefully by looking through this you have learnt a little bit more about bass guitars and how to find what you are looking for.

Much like all stringed instruments you’ll need to change the strings on a regular basis. For most non-gigging bass players, we recommend changing your strings every 3-6 months. If you are recording or gigging regularly you might need to replace them as often as every month depending on how you play.

Generally, it’s best to replace your strings when you notice they have lost their shine and sound dull or there are visible rust markings on the strings. Your bass will need a regular tune up. This is not something you need to do very often and as time goes on you will most likely learn how to maintain your bass yourself.

At the end of the day instruments are a very personal thing. Something that works for one person may never sound right to another so the best thing to do is go and pick up as many basses as you can to find out what suits you the best. 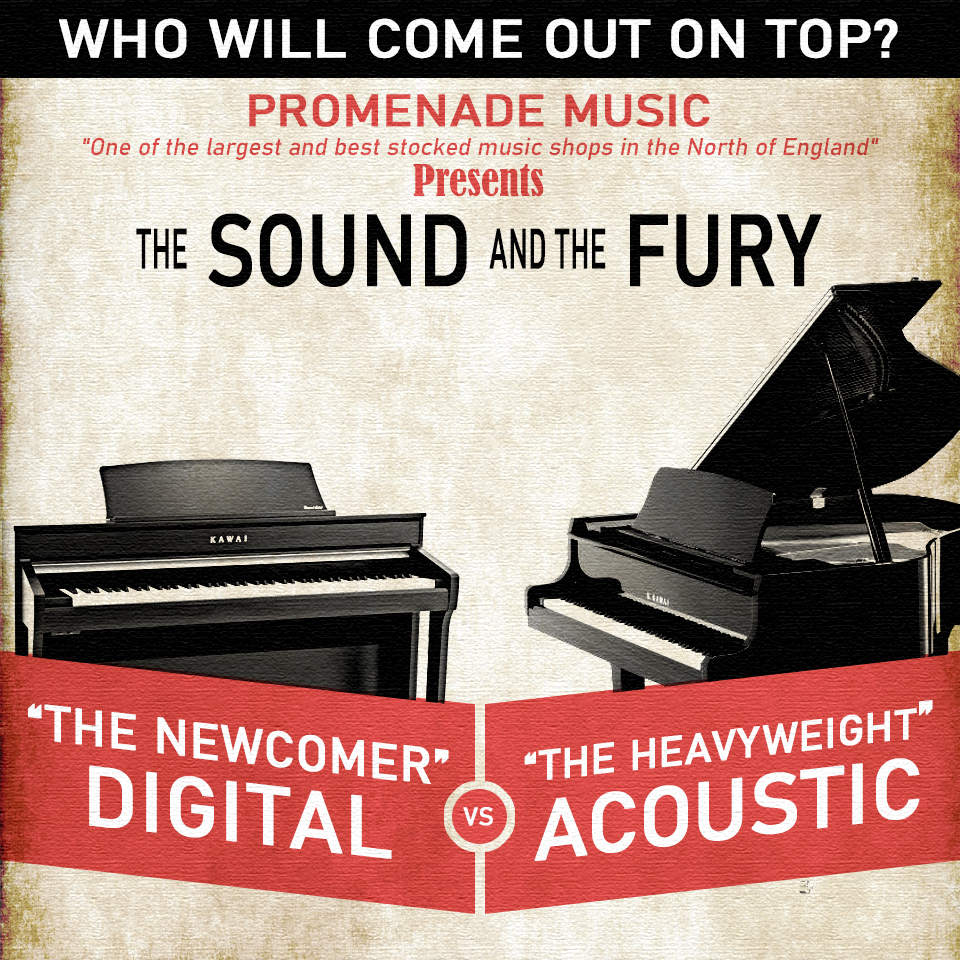 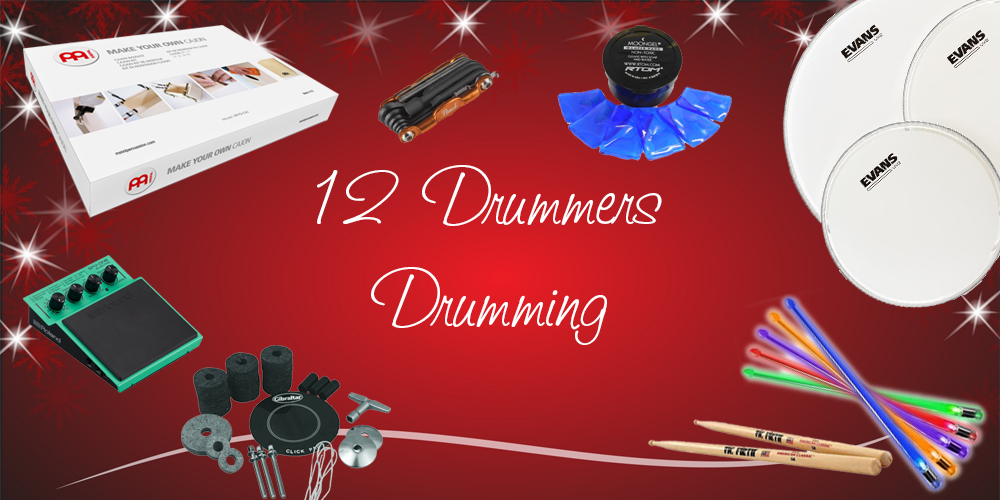 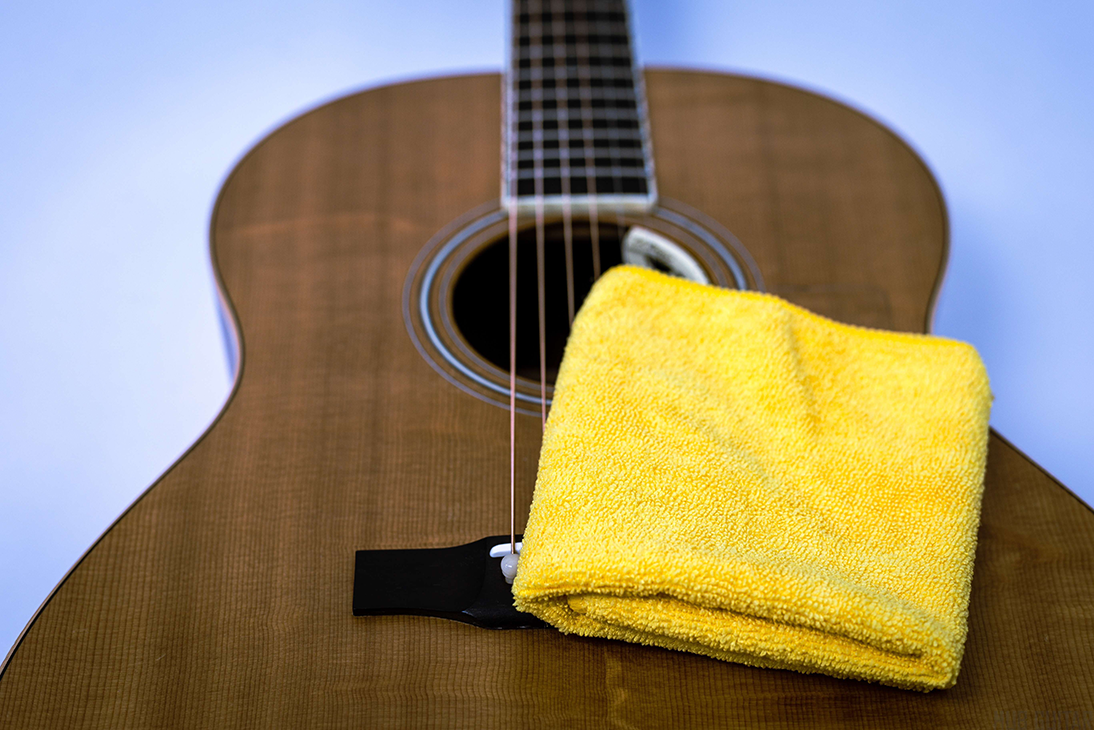