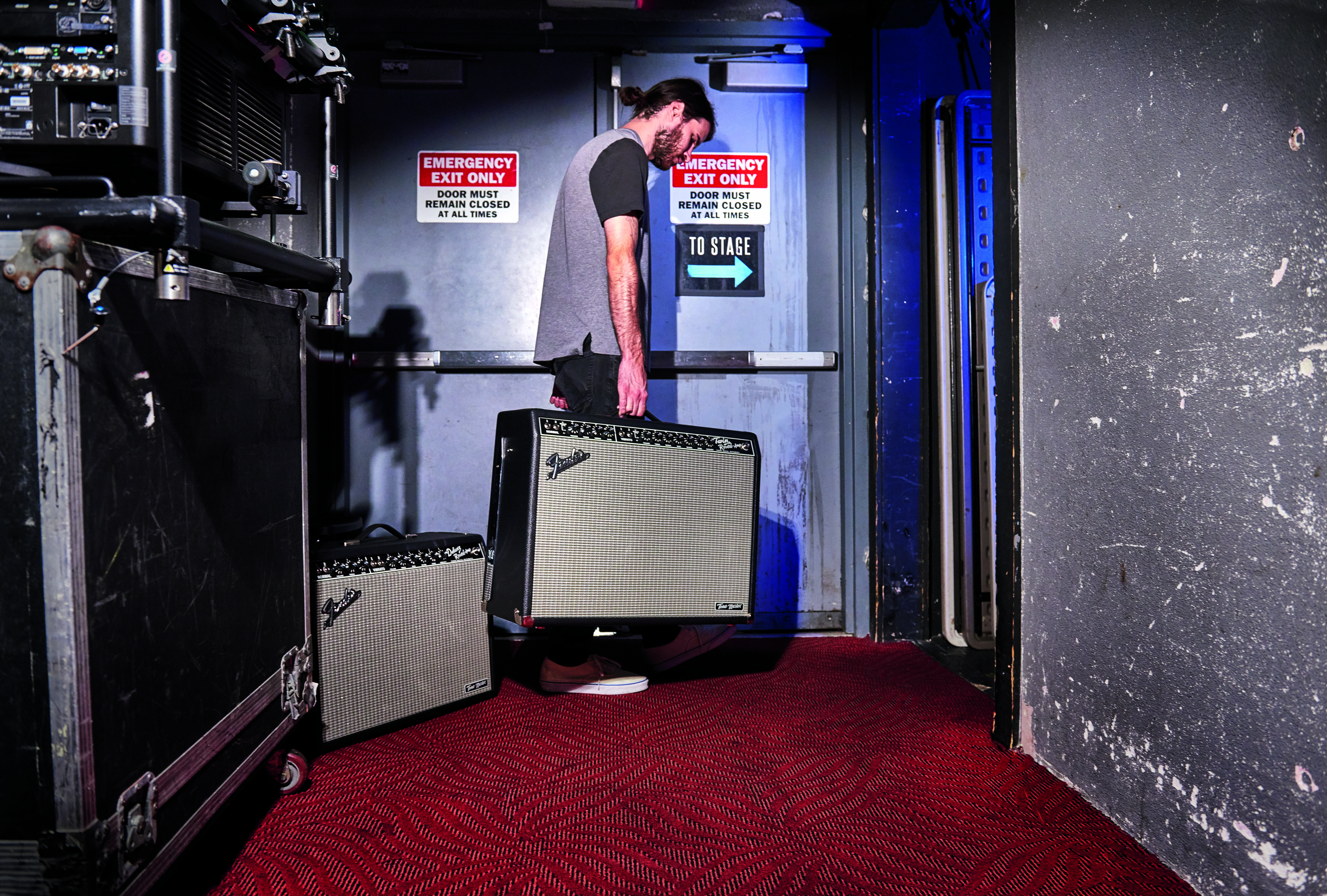 Firstly, we want to wish you a happy new year. We hope you had a good Christmas and Santa (or another imaginary being) brought you everything you wanted.

Secondly, we’re starting our ABC series in which we’ll focus on a different department for each letter of the alphabet and tell you all we can about that topic.

As we’re kicking things off in the Rock n Roll department, we had a think about what we should talk about and while alnico pickup magnets, adjustable mic stands and AC/DC’s stage rigs were all good ideas, we thought we’d take the easy option and go for amplifiers. Specifically, electric guitar and bass amps.

There is actually a lot to consider when looking at electric guitar amps, but we’ll do our best to guide you through them.

Combos were originally designed to take up as little room as possible and to be easily transportable from gig to gig, most of the combo amps you see will be either small practice amps or vintage style amps generally made for studio or touring use. Brands like Fender, Marshall and Orange all make stunning medium to high range combo amps; proving that combos are always an option even for pros.

Stacks are definitely seen as the rockstar’s choice. With separate units for the amplifier and the speakers they were designed to help with portability when the guitarist wanted to use a loud and large amplifier.

While the most common variety you will find is a large head and 4×12” combination there are plenty of variations bigger and smaller that all have their own place in the amp world.

1×10 – Ideal for home use where clean or crunch tones are the end goal. Can also handle a decent amount of gain depending on the speaker but don’t expect much punch.

2×12 – This has become the modern gigging standard for most musicians as they are easy to transport while still having a big and powerful sound. Very useful for both live and studio situations.

4×10 – Not the most common size but entirely possible to find in vintage amps. These are the loudest version of the 10″ classic sound but most of the time a 2×10″ will do. Used nearly exclusively live.

4×12 – The rockstar standard. When watching pros on the big stage you will almost certainly see a couple of these. They are big and heavy but the low response and power they produce are second to none. While they are used in the studio they sound best on the big stage.

Valve vs Solid-State vs Hybrid vs Digital

This is one of the more vital choices you will make when choosing an amp as it will both affect the price bracket you are looking at as well as the spec of the amp and the tone.

Valve amps, or tube amps as they’re also commonly known, use vacuum tubes to amplify the signal from your guitar. They are the professional’s choice, as their response and tone is considered to be second to none. They are also the loudest option as well, even at lower power ratings. The downside is that they run off valves or tubes, and require a lot more upkeep and maintenance over other amps.

Solid State amps on the other hand do not use Valves, but rather a combination of transistors to get their sound. When you turn up a Solid-State amp you do get distortion, but it’s more of an overloaded or ‘clippy’ sound that you get rather than the warm, even distortion of the Valve amps. These amps are generally cheaper, lighter and more reliable than valve amps, which makes them very popular with beginner to intermediate players, and depending on the style, pros as well.

Hybrid amps may not be the most common anymore, but they still have their place in the guitar amp world. Normally they would use a valve preamp with a solid-state power amplifier. This generally means the amp would be more reliable and would have the classic solid-state high frequency response that was popular with metal guitarists in the 80’s and 90’s.

Digital amps sit in this weird space where they are either great for beginners and intermediate players, or super-pro with prices that match up to imported boutique valve amps. These amps look to emulate the sound of a valve amplifier using digital technology, which does give it a certain edge in the fact that everything is down to software. You can then, in theory, upgrade and improve the models over years without ever having to buy a new hardware unit.

When looking at guitar amplifiers you will see these words quite a lot, especially if you are hunting for a stack amp. This is because these affect what speakers will work with your current amplifier. If you buy a mismatched head and cab it can cause serious damage to both pieces of kit.

Wattage is the power rating of your amplifier. This is how much it can push out of the speaker at maximum volume. Do not get it confused with a volume rating as power does not correlate directly. Some 15w amps can be much louder than other 30w amps. It all comes down to the design and how it was built (valve, solid state etc.). This means as long as cabinet wattage > amp wattage you are fine.

The Impedance is an interesting thing but all you need to know is that your head and cab need to match. For example if you cab has an 8 ohm input make sure you use the mono 8 ohm output on your head. If you are using multiple cabinets it can get a little complicated and changes on an amp by amp basis.

For example you may buy an amplifier with an 8ohm output at 100w but your cabinet may have a 8ohm input and can only handle 60w. At bedroom volume you may not cause much damage but once you turn up something will go wrong.

That is why it is important to always buy a cab that matches impedance (ohms) and can handle at least what your amplifier is rated at in terms of wattage. Normally with 4×12 cabs this is not much of an issue as most speakers are rated high enough to handle most heads when split over 4 speakers. When using a single or dual speaker setup though you do have to be extra careful that you do not damage anything.

If you are not sure always try and find the matching cab that was meant to go with your head. Not only will it often deliver the best sound but it will also run extremely safely as well.

One thing to clear up here is that regular guitar amps are not designed to handle the ‘low frequencies’ of a bass. The tone will most certainly be compromised and you could potentially damage the speaker if the volume and low-end vibrations are extensive enough.

Like electric guitar amps, however there is a fair amount to consider when choosing a bass amp.

Just like with electric guitar amps, bass guitar amps are available as combos and stacks.

The main benefit of a combo is the value for money. You get an amplifier and speaker at generally a lower cost than an equivalent head and cab. Combos are generally ideal for stationary use such as at home or in the studio but they’re also a good gigging option if you don’t mind the weight and would prefer to just carry a single unit.

Stacks are generally more convenient as they’re usually a smaller and lighter profile than a combo. Even though you have to carry your head and cab separately, you’ll be doing your back a favour. However, a stack is usually the best option if you’re doing regular gigs or touring.

Unlike guitar amps, even on the pro stage you will still find a lot of solid-state bass amplifiers. Because of the lack of high-gain amp distortion and the incredibly high power of bass speakers, valve-driven bass amps do not make as much of a difference as they do on a regular electric guitar.

Saying that however, there is still a constant debate on how much of an improvement in tone you get with a valve amplifier.

Solid-state amplifiers have been around since the 70s, and have improved tremendously year-after-year to get closer to the traditional valve amp sound without any of the drawbacks. Solid-state amps make up a large portion of the bass amp market at the moment, thanks to their small, lightweight nature and reliability.

Valve amplifiers have been around about as long as the electric bass has and were the only option until the introduction of solid-state amps in the 70s. Valve amps produce their sound through vacuum tubes which gives them that tonal quality that makes them so beloved.

Hybrid amps attempt to give you the best of both worlds, with a part valve and part solid-state circuit. Normally, they do this with a valve preamp and a solid-state power amp, which gives you a perfect in-between of size, weight and quality of sound.

So whether you’re looking for a new guitar amp or a bass amp, there’s a lot to consider but the best way to make a decision is to come and try some out. Gary’s the man when it comes to bass amps, Rossi and myself are on hand when you want to chat about guitar amps. Come in, see what we’ve got in that meets your needs and budget and we’ll get you kitted out from there.

Tune in again soon for the next instalment of the ABCs of the Rock n Roll department. 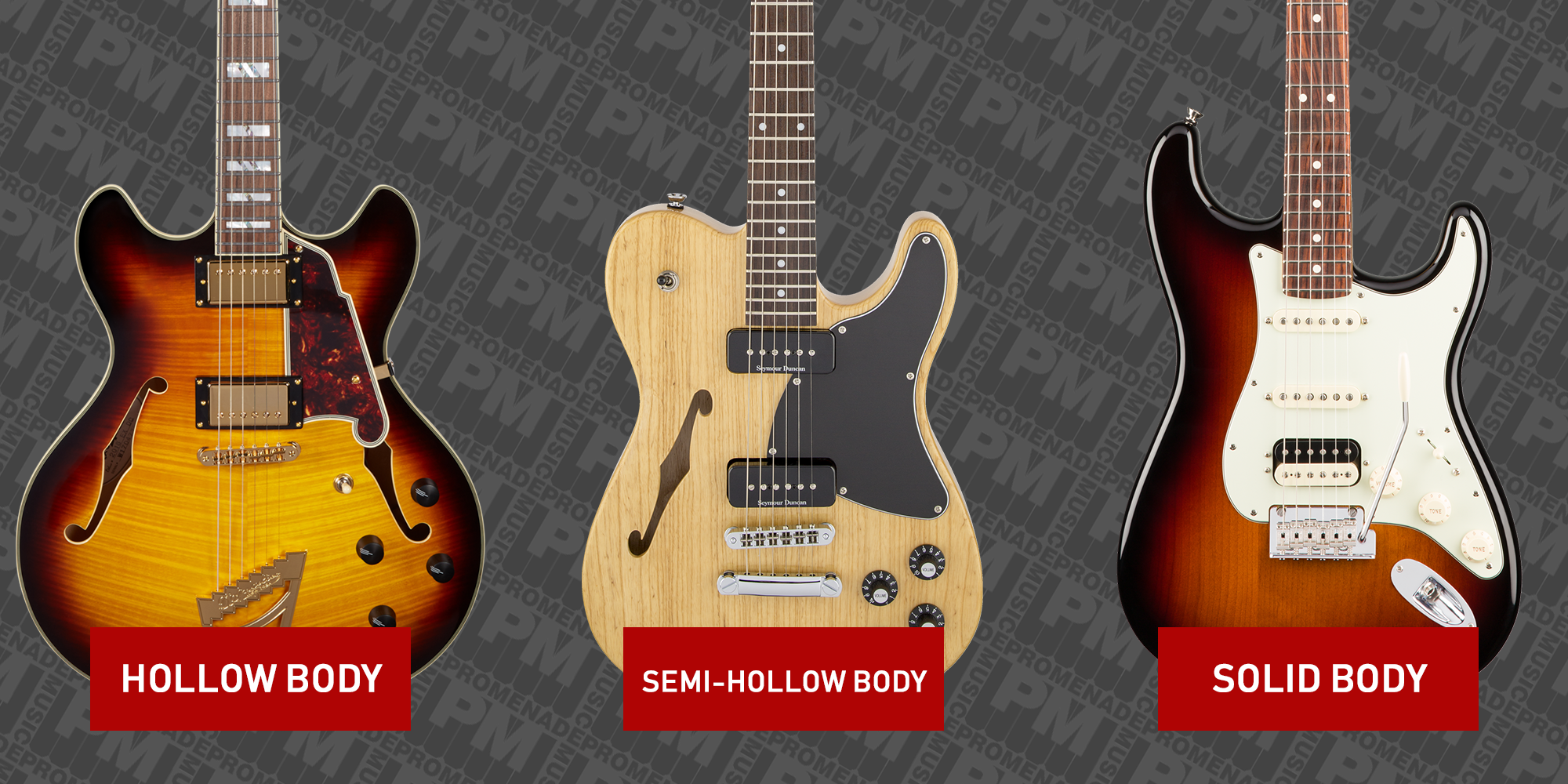 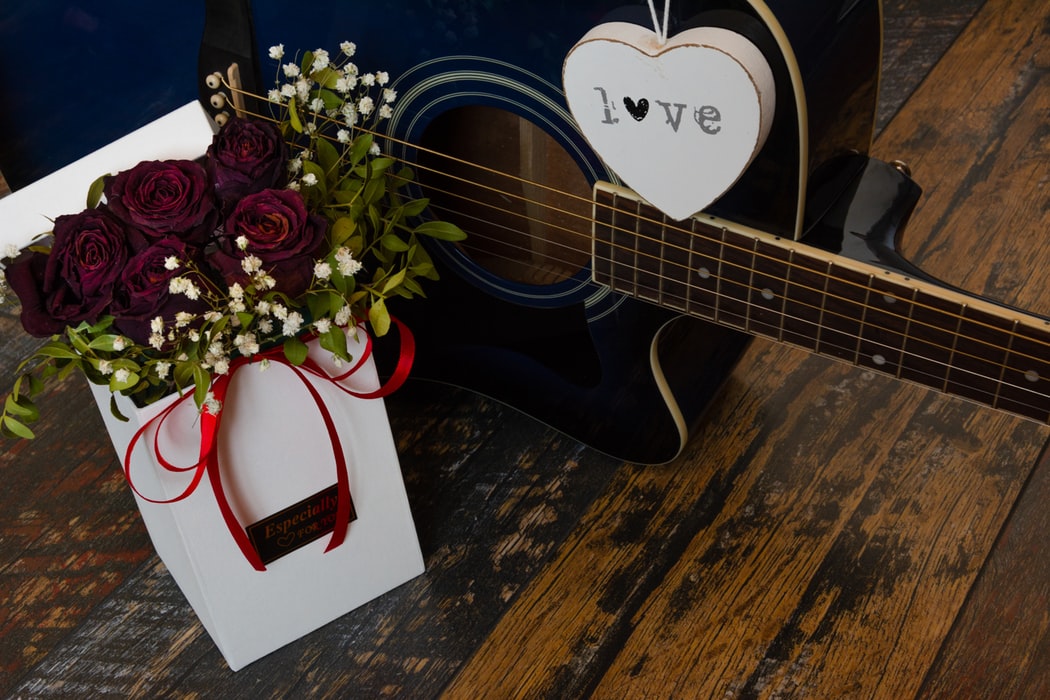 Love Your Instrument This Valentine’s Day 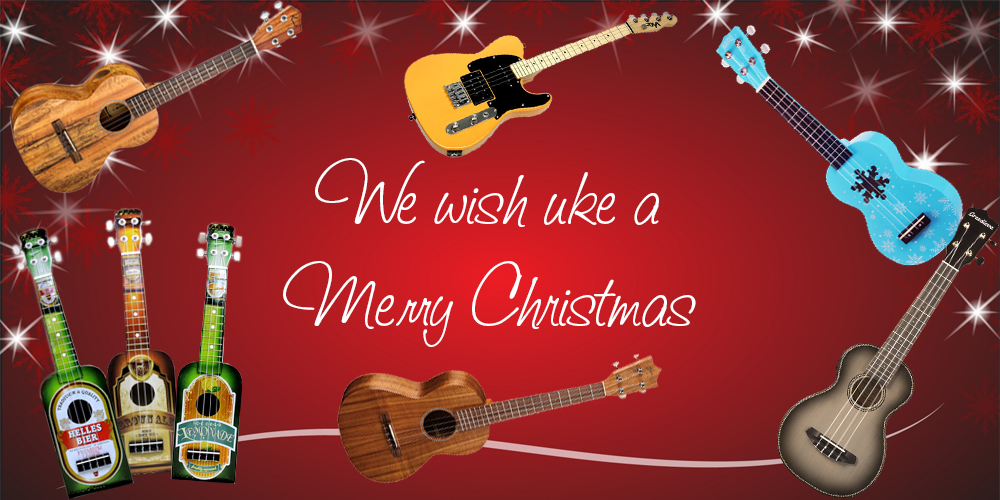 We Wish Uke A Merry Christmas